To share your memory on the wall of Dorothy Fay, sign in using one of the following options:

She was the wife of 66 years to the late Donald R. Fay who passed away in 2016. They were married while she was attending her third year of college. Dorothy became a Homemaker raising 7 children devoting her life to her family. She was a doting grandmother who attended as many of her grandchildren’s sporting events
as possible. She also loved to travel. Donald and Dorothy would take frequent trips to Aruba; however, North Falmouth became one of her favorites. She would summer there for 41 years.

Dorothy is survived by her children, Dale M. Clarke and her husband Owen of Natick, Leslie A. Ororke of Garland, TX, Richard J. Fay and his wife Susan P. of Wellesley, William S. Fay of East Falmouth, Steven J. Fay of Wellesley, David P. Fay and his wife Denise M. of Foxboro and Alison L. Casey and her late husband Paul of Westwood. She is also survived by her sister Judith and her husband Richard Giere of North Falmouth, 16 grandchildren and 10 great grandchildren. She was predeceased by her sister the late Carol Fallon.

A Mass of Christian Burial will be held on Tuesday morning June 29 at St Paul’s Church, Wellesley, at 11 o’clock. Relatives and friends are respectfully invited to attend. Visiting hours will be prior to the Mass on Tuesday from 9-10:30AM in the Henry J. Burke & Sons Funeral Home, 56 Washington St. (Rt 16) Wellesley Hills. Interment in Woodlawn Cemetery, Wellesley. In lieu of flowers, donations in Dorothy’s memory may be made to St. Jude Children’s Research Hospital at www.stjude.org.
Read Less

We encourage you to share your most beloved memories of Dorothy here, so that the family and other loved ones can always see it. You can upload cherished photographs, or share your favorite stories, and can even comment on those shared by others.

Plant a Tree in Memory of Dorothy
Plant a tree 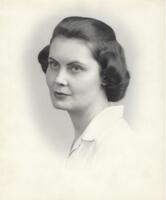