To share your memory on the wall of William Burke, MD, sign in using one of the following options:

Provide comfort for the family by sending flowers or planting a tree in memory of William Burke, MD

Provide comfort for the family by sending flowers or planting a tree in memory of William Burke, MD

Print
William Michael Burke, 82, formerly of West Roxbury, Massachusetts, passed away on February 21, 2021 at The Mooring at the Downs in Scarborough, Maine due to Alzheimer's disease.

William was born on April 8, 1938, to John and Ellen (Crow... Read More
William Michael Burke, 82, formerly of West Roxbury, Massachusetts, passed away on February 21, 2021 at The Mooring at the Downs in Scarborough, Maine due to Alzheimer's disease.

William was born on April 8, 1938, to John and Ellen (Crowley) Burke. William graduated from Saint Sebastian’s High School, Holy Cross College, and the University of Vermont School of Medicine. He completed an Internal Medicine Residency at the University of Kentucky Medical Center, and continued his training to specialize in Addiction Medicine. For many years he was a professor at the University of Massachusetts Medical School and then went on to work at United Health Care in Westborough. William also distinguished himself in the United States Army, serving as doctor in Vietnam. For his service he was awarded the Bronze Star.

Throughout his life William was a devout Catholic. He attended mass daily at Saint Theresa's Church in West Roxbury. William’s way of life was truly Christian. He embraced the teachings of his alma maters throughout his life and worked to embody the Ignatian vision “for the greater glory of God” in all things. William was also a connoisseur and collector of fine wines. He enjoyed travel and traveled extensively in Europe, the Middle East and Asia. He was a dedicated Democrat and an avid Red Sox fan and rejoiced when the Red Sox won the pennant and World Series in 2004.

William will be especially remembered for his sense of humor. He had a sharp wit, a twinkle in his eye, and enjoyed making his family laugh at his many humorous remarks, keeping them alert at all times, ready for his next round of jokes. William had a profound effect on the lives of those he loved and who loved him. He was generous, kind, and compassionate. To all who knew him, William was an unforgettable person whose remembrance always brings a smile.

William is predeceased by his parents, John and Ellen, his brothers-in-law, William O’Connor and Charles Richardson and his nephew, Thomas Garza. William is survived by his sisters, Ellen Burke of West Roxbury, Massachusetts, Austine O'Connor of Cape Elizabeth, Maine, Celine Richardson of Dover, New Hampshire; his nieces Siobhan O'Connor of Boston, Massachusetts; Justine Garza of Hebron, Indiana; Gwyneth Maguire and her husband, Richard of Cape Elizabeth, Maine; and nephew, Christopher O'Connor of Smithville, Tennessee. UB was a loving and much beloved granduncle to Zachary, Kelsey, Connor, William, Devin, and Sheridan.

A Mass of Christian Burial will be celebrated Saturday, April 17, 2021 at 8:30am in Saint Theresa of Avila Parish in West Roxbury., followed by interment in St. Joseph's Cemetery.

Posted Mar 08, 2021 at 05:15pm
Bill a special friend from Holy Cross .I saw him at the Holy Cross Christmas lunch 5 years. Messages never returned. i am sad at his death.

3 trees were planted in the memory of William Burke, MD

Posted Mar 07, 2021 at 10:49am
My sincere condolences tot the Burke family. I worked with Bill back in the early ‘90’s. What a good guy was he...funny, smart, an impish look but with an air of humility about him. God bless you Bill and Rest In Peace.. -Mike Sullivan
Comment Share
Share via: 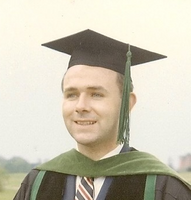 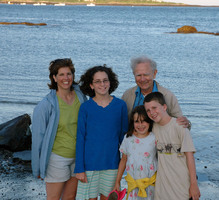