To share your memory on the wall of Cathy Norton, sign in using one of the following options:

Cathy was born in Rockville Centre, New York on March 25, 1950, the daughter of Robert and Betty (Brockway) Dowling. Affectionately nicknamed “Wordy” as a child, she honed her writing skills at Beaver Country Day School in Chestnut Hill and at Brandeis University. She was a voracious reader, as well as a skilled and talented writer, valuing the clarity and tone of written expression.

Cathy’s early embrace of social justice led to a lifetime of liberal political activism. Beyond the realm of electoral politics, and open minded, she lived her principles by reaching out instinctively and quietly to people in need, with empathy, compassion, and practical help. She was open minded and was particularly interested in living the core values of both Christianity and Judaism, as well as the mission and outreach of her home church, the United Parish of Auburndale.

Music was an integral part of Cathy’s life. She grew up in a musical family, and she participated in many choral and chamber groups. She began life as a Brooklyn Dodgers fan, became a passionate Red Sox fan, and ended as a Dodgers fan again. She had an offbeat sense of humor, and delighted in the repartee of puns with her husband of thirty- two years, George Sherwood Norton.

Cathy’s passion for all else in life paled in comparison to her love for her family: they were the center of her world.

A gathering of Cathy’s family to remember and celebrate her life will be held at a time to
be decided.
Read Less

There are no events scheduled. You can still show your support by sending flowers directly to the family, or planting a memorial tree in memory of Cathy Jean Norton (Dowling).
Plant a Tree

We encourage you to share your most beloved memories of Cathy here, so that the family and other loved ones can always see it. You can upload cherished photographs, or share your favorite stories, and can even comment on those shared by others.

Posted Dec 18, 2020 at 11:16am
Cathy was such a special person in George and Tunival's life. Our thoughts and prayers are with you in this time of grief. Our heartfelt condolences. 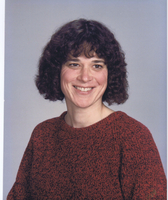