To share your memory on the wall of John Thompson, sign in using one of the following options:

John is survived by his wife, Jane, his son, Eric and his siblings Janet (Oakland, CA) and Charlie (Atlanta, GA). He is pr... Read More
John E. Thompson, Jr. passed away on January 16, 2021 in Wellesley, MA at the age of 59 due to an accidental fall.

John is survived by his wife, Jane, his son, Eric and his siblings Janet (Oakland, CA) and Charlie (Atlanta, GA). He is preceded in death by his parents John and Virginia Thompson of Lafayette, CA, and his brother Stephen of Shoreline, WA.

John was born in Evanston, IL on April 27, 1961. He graduated from Acalanes High School in 1979, Colgate University in 1983 with an Honors Degree in History and the UCLA Anderson Graduate School of Management in 1993. While at Colgate, he met his wife Jane and they later married in 1986.

John started his career at the family business, Management and Capital Group, and then became a corporate banker for west coast clients at Bank of America and First National Bank of Chicago.

After relocating to Wellesley, John and Jane welcomed their son Eric to the family in 2002.

John had many interests including running, skiing, acoustic guitar, woodworking, and model trains. His favorite places to be in town were walking the trails with Jane, reading in the library, and spending time at the hardware store. He enjoyed singing with the choir at Christ Church United Methodist, and was an enthusiastic member of the Wellesley Players.

The family had a private service and is planning a celebration of life in Lafayette, CA at a later date. The family would like to thank the Wellesley community for their love and support of John.
Read Less

Plant a Tree in Memory of John
Plant a tree
3 trees have been planted in memory of John E. Thompson Jr.
KF

Posted Jan 30, 2021 at 01:19pm
John was an enthusiastic soul, he had light in his heart and Ill will for no one. I will miss his spirit greatly.
Billy T.
Comment Share
Share via:
HS

Posted Jan 25, 2021 at 01:08pm
You brightened my day many times and I will miss your tenacity and candor. Goodbye John!

Posted Jan 25, 2021 at 01:01pm
My heart goes out to Jane and Eric and to all of John's family. I always enjoyed John's honesty and his enthusiasm brightened my day many times over the years. We shared a love of running and he had the best (and only) road race T-Shirt quilt that I've ever seen. I will miss you John!
Comment Share
Share via: 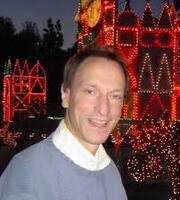 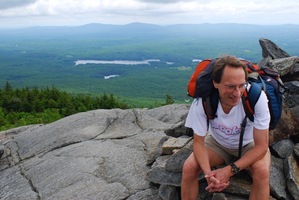