To share your memory on the wall of James Manion MD, sign in using one of the following options:

Print
James (Jim) Jay Manion, M.D., a life-long resident of Marlboro, NY, died on Thursday, October 29, 2020, at Newton-Wellesley Hospital, Newton, MA.
Born at home on February 10, 1936, he was the second son of Grace Lockwood and John Manion, Jr. <... Read More
James (Jim) Jay Manion, M.D., a life-long resident of Marlboro, NY, died on Thursday, October 29, 2020, at Newton-Wellesley Hospital, Newton, MA.
Born at home on February 10, 1936, he was the second son of Grace Lockwood and John Manion, Jr.
Jim is survived by his four daughters, Margaret W. Manion (Amir) of Weston, MA; Ann L. Manion (Farzad) of Southborough, MA; Katherine M. Weinstock (John) of Madison, WI; and Elise M. Logue (Michael) of Marlboro, NY. Also surviving are his eight grandchildren, John, Mark and James Parsaie; Andrew,
Margaret and Ellen Weinstock; and Michael Patrick and William Logue. He is also survived by his sisters Marian Hotopp (Kenneth) of Howes Caves, NY and Judy Gephard (William) of Marlboro, NY, sister-in-law and brother-in-law Katherine and Edward Sagarese, of Milton, NY, as well as several nieces and nephews. Jim was predeceased by his wife of 59 years, Elizabeth (Libby) Stapleton Manion in 2019 and by his siblings, John III and Jacquelin.
Jim graduated from Marlboro Central High School and Cornell University. He earned a Doctor of Medicine from Albany Medical College of Union University and completed his residency in internal medicine at Albany Medical Center. Jim was a fellow of the American College of Physicians.
Jim was a member of the US Army Medical Corps at Fort Sam, Houston, TX and Fort Jackson, Columbia, SC. He was a veteran of the Vietnam War, serving as Captain, 616th Medical Company, at the 17th Field Hospital in An Khê, the helicopter base of the Central Highlands region, where both civilian and combat casualties were treated.
After the completion of his military service in 1968, Jim returned to his family in Marlboro and to the practice of internal medicine in Poughkeepsie, NY. He was a member of the medical staff at Vassar Brothers Hospital and Saint Francis Hospital. At Vassar Brothers Hospital, he served as chairman of the internal medicine department and president of the medical staff.
Following his years of private practice, Jim was the Medical Director at IBM, Poughkeepsie and East Fishkill, NY, Green Haven Correctional Facility, Beekman, NY and the Empire Plan/UnitedHealthcare Insurance Company of New York, from which he retired in 2014.
Jim enjoyed raising his family with his wife, Libby, on the Manion apple farm, where he too was raised. As the groomed apple trees declined, he created an arboretum including a wide variety of trees, perennials, as well as rose and vegetable gardens. Beyond Manion’s Hill, he enjoyed the beauty of the Hudson Valley as an avid cyclist with the Mid-Hudson Bicycle Club and as the pilot of the family station wagon corralling the gang to come along with him to ‘take a ride.’
In retirement, Jim sustained his passion for lifelong learning as a student at local colleges, concentrating on history, government and politics. He continued his medical education with faithful reading of the medical journals. Jim loved opera and was a Guild Member of the Metropolitan Opera. He enjoyed many Hudson Valley concerts with Libby, family and friends. A cherished outing was to spend a day in New York City with a stop at the Metropolitan Museum of Art, attendance at a theatre matinee followed by a cocktail at the Cornell Club and dinner at a well researched restaurant.
Jim was a generous man, ever loyal and dedicated to his family. Annual summer vacations on Nantucket Island were precious family times during his busy years practicing medicine. Later in life, Jim and Libby enjoyed cold winter escapes to Anguilla, BWI. At home, Jim loved to conclude each day with family dinner. His presence at the head of the table always welcomed a variety of perspectives and spirited conversation. There was an expectation that all points of debate be expressed in a grammatically correct fashion. These lessons and all the others he imparted will be remembered with great fondness and love.
Under the direction of the Burke Family Funeral Home, Wellesley, MA, Jim was cremated on Monday, November 2. Due to COVID restrictions, there was no visitation or funeral mass. At the request of the family, a private graveside service with interment of ashes was held at the Manion Family plot, Saint Mary’s Cemetery, Lattintown Road, Marlboro, NY.
Memorial donations are welcomed to the James and Elizabeth Manion Charitable Fund, Community Foundations of Ulster County, 280 Wall Street, P.O. Box 3046, Kingston, N.Y. 12402 https://communityfoundationshv.org/ or The Foundation for Vassar Brothers Medical Center, 45 Reade Place, Poughkeepsie, N.Y. https://www.healthquest.org/Poughkeepsie/vbmc-donation.aspx
Read Less

There are no events scheduled. You can still show your support by sending flowers directly to the family, or planting a memorial tree in memory of James Jay Manion MD.
Plant a Tree

We encourage you to share your most beloved memories of James here, so that the family and other loved ones can always see it. You can upload cherished photographs, or share your favorite stories, and can even comment on those shared by others.

Posted Nov 05, 2020 at 07:42am
What an erudite gentleman your dear father was. Hes passed along his inquisitive spirt and shes of community engagement to you both. The Conlins

3 trees were planted in the memory of James Manion MD 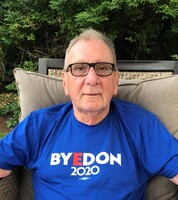